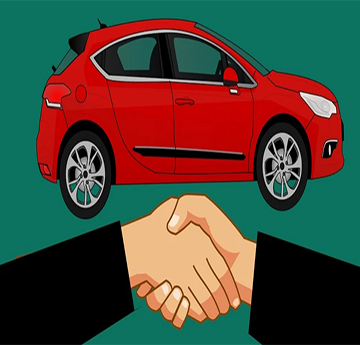 The phrase “dream car” typically conjures up images of red hot, mid-engine, Italian sheet metal, but some drivers look for a bit more practicality in their dream cars. When Simon Holzman moved from Great Britain to the U.S. he drove around in a used $800 Ford Festiva for a while, before upgrading to a brand new, emerald green Mazda Miata.

After more than a 11 years of cruising around, the compact convertible still hasn’t gotten old for Holzman. “I have a 20 mile drive down one of the most scenic roads in America, which is the best commute ever. The top is down, my grin makes the Riddler look grumpy and I’m accelerating through corners with joy in my heart.” With a family to take care of, Holzman has no plans to replace his dream car once it dies, and added that if the Miata’s “engine explodes and she crashes 2,000 feet into the canyon below,” he’ll see if he can have the body shop buff it out.

For some of us, dream cars aren’t actually cars at all. “I’m reading all these answers and kinda chuckling, my dream car wasn’t much to speak of. I just wanted a Jeep, a really nice Jeep,” John Gannon wrote. He said growing up his mom wouldn’t let him buy one because she was afraid he’d roll it over — but now he’s older and on his second one.

He put 60,000 miles on the first Jeep be bought and he said he has big plans for the second. “If you’ve never had a chance to drive one, go do it. They’re fun as hell,” he wrote.

Quora user Eric Ruck knows what it’s like to buy an unlikely dream car as well. When he turned 40 he started looking for his must-have vehicle at Maserati, Jaguar and Mercedes-Benz dealerships, and while he says he liked all the cars, he didn’t love any of them. “Remember, you’re not just buying a car for $80-150K. You’re buying the car’s maintenance schedule,” he said. “You better really, really love the car.”

So, after shopping around on the fancy car circuit, he ended up buying a Volvo S80. He admits it’s an unusual choice, but says he’s more than 100,000 miles into his dream car and has no regrets. “Midlife crisis car fail? Maybe. Still love it.”

Demand for used luxury cars and SUVs go up

Demand for used luxury cars and SUVs go up